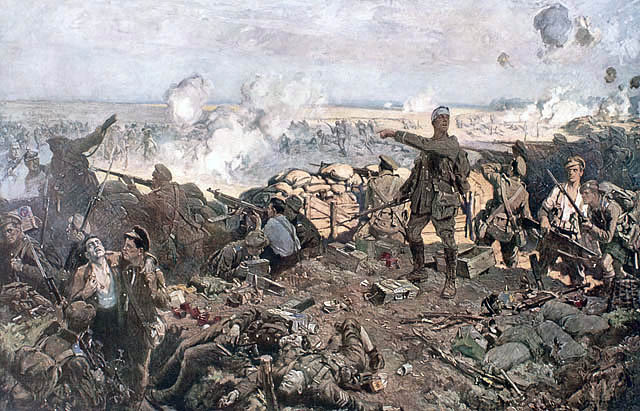 The Story of a brave soldier in the second battle of Ypres 1915, William Ford, joined the Northamptonshire Regiment in 1915 and went to war..

It was the battle of Ypres 1915. The trenches and dugouts stretched as far as the eye can see, like a maze of organized spaghetti. Omnipresent gunfire rang in the air, the smell of powder, thick clay and damp clung to the inside of the soldier’s nostrils. Lieutenant William Ford took the initiative to vault the trench and make his move. He was making good progress into enemy territory and out of nowhere came a loud crack and a shot whizzed through the battle smog and ripped through his webbing belt and his stomach, stopping him in his tracks. The Second Battle of Ypres 1915 (image provided by Wikipedia)

He fell into the mud, amongst the other downed soldiers. Still alive but bleeding badly he crawled out of sight of the gunfire and waited for his next move. A fearsome sound caught his attention and for a moment drew his mind away from his agony. He heard footsteps in the squelching mud close by and pistol fire of a German officer systematically walking from one downed soldier to the next, shooting the wounded and dying. He lay still, closed his eyes and feigned death not breathing for fear of being discovered and shot. The footsteps passed by! 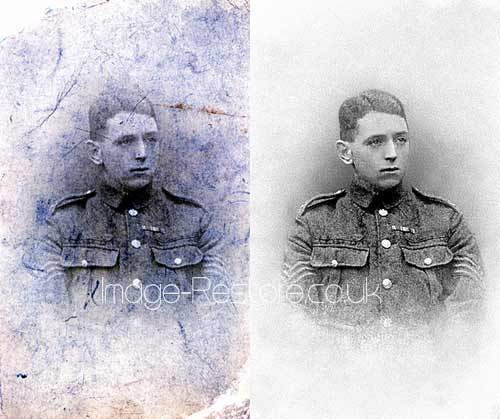 During that night a British patrol came by with stretchers looking for the wounded.

William managed a feeble groan and the party spotted him. He was rushed off the battlefield and his wounds were dressed and patched and in due course, he recovered and was sent home.

Soon after the war, William now Sergeant, was sent with his Northamptonshire regiment to Ireland in Dublin to help keep the peace. During his service in Ireland, he met a lady and who was desperate to get out of Ireland and the prospect of marrying a Sergeant soon became good friends. William was allowed to court this lady as long he didn’t wear his uniform and he visited through the back door. He survived yet another crisis. Throughout the following years, he climbed the ranks to Company Sergent Major and served in both India and the Andaman Islands but was sent home with family in 1939.

William Ford was then recalled for action once more in the Second World War. His contribution to the Second World War was a step back from his previous encounters in the front lines but still an important part of the war effort, training the new recruits throughout the 1940s. At this time he had progressed through the ranks to Major, he eventually and died around 1971 aged 73. A true man of British grit!