Early photos from the London to Brighton cycle ride 1920’s 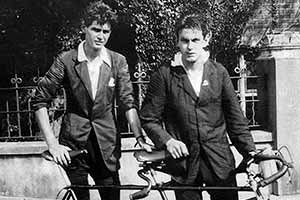 The London to Brighton is a historic cycle race well known today. The race was made official in 1976. Its beginnings date back to February 17th 1869.

Information surrounding the event is quite scarce and not easy to find.  What I have learned I have written below.

The first ever recorded ride from London to Brighton was by a “trio of cycling pioneers Messrs. J. Mayhall, R. B. Turner and E. Spencer, rode from London to Brighton in a day. Their exact time was not reported, but the Times stated that some of the downhill miles towards the end of the trip were covered inside of four minutes. Their mounts were wooden bone-shakers, with iron tyres, 36in. front and 30in. back wheels.”4 minute miles on bone shakers! that would have been a feat to endure for sure.

On an off throughout the coming years, cycle clubs and cyclists attempted the feat. One particular man took to the saddle in the 1920’s and according to the owner of the photos, won the event!

I anticipate adding more to the story as I get more details, all the restored photo feature below.

This photo shows the gentleman in question Harold Alfred Speight, cornering under a bridge on a fixed wheel racing bike. 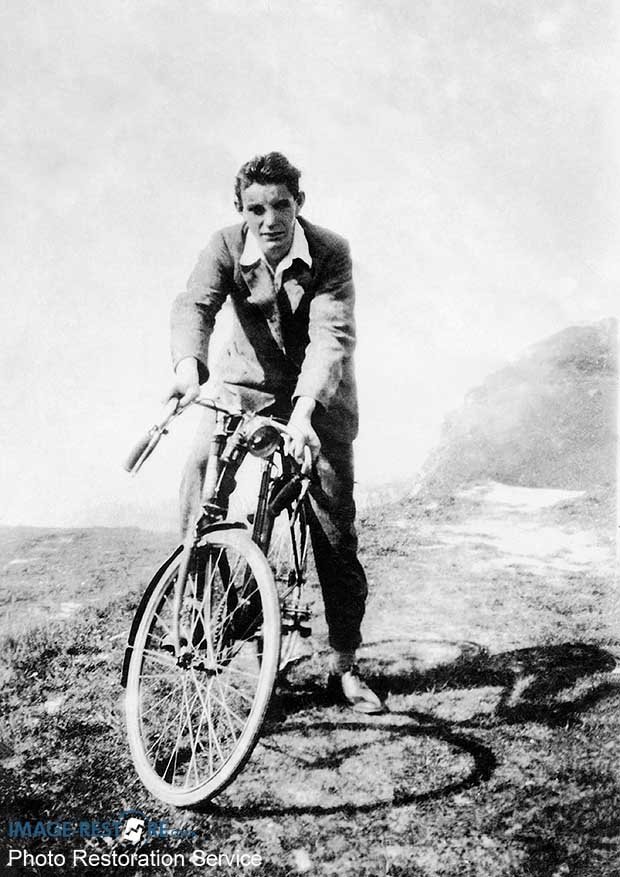 In the photo above the winner Harold, photographed on the cliffs at Brighton, he made it all the way!.  For amazing feat of cycling see unicycle record attempt 1909 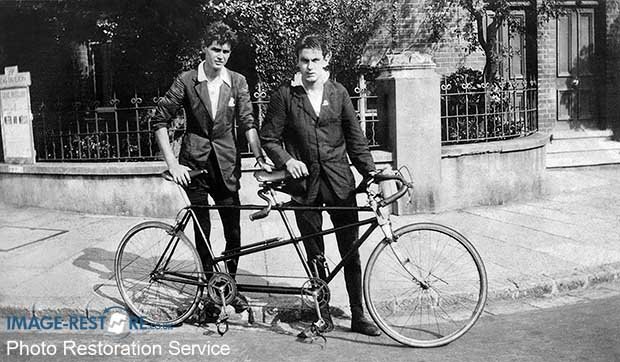 I understand he was a quite a keen cyclist and rode tandem events too.  Shown above posing with a colleague with his fixed wheel, tandem bike.

I hope to have more on this story as details materialize. I hope you enjoyed this insight into London to Brighton cycle ride 1920’s. If you enjoyed this post try reading  cycling in old photos