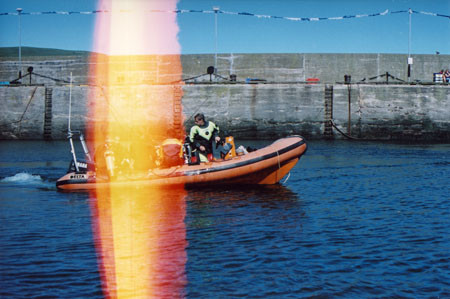 Sometimes your camera may need a light leak correction and be leaking light onto the film other than through the shutter, perhaps it was faulty or cracked or broken. If it were black and white film it would be relatively easy to fix. If it were colour film this may be the result. 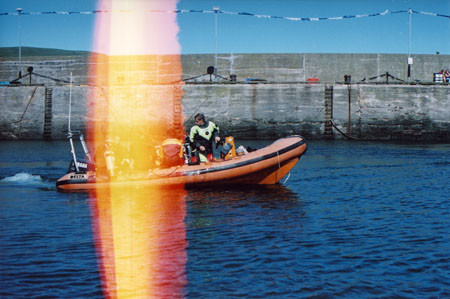 Fixing this much leak is not as simple as it sounds. There are many ways to go about this but as with any task in Photoshop it’s what works best for the given task ahead.  For this image, some conventional restoration work or patching and cloning as well as using the colour channels, masks for adding back colour and detail from the original were used.

We can look at the individual colour channels to see which one is a good starting point for the restoration. What is most noticeable is the lack of detail in this area, low in density and sharpness. This will be addressed later. 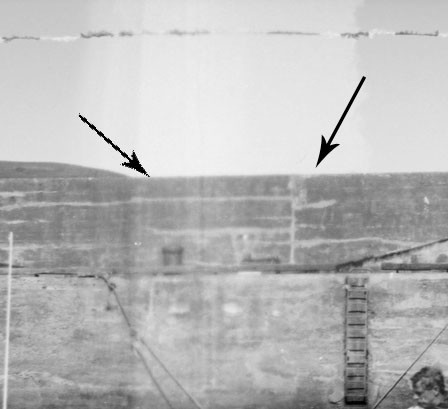 Here with the blue channel extracted and the original colour image thrown over the top, you can see how easy it would be to just clone all the colour back in setting the layer to “colour”. This is where the density of the underlying damage needs to be fixed. By selecting these and changing the levels and tones they can be evened out, although the banding, will have to be blended out later with some overlay dodge and burn layers. 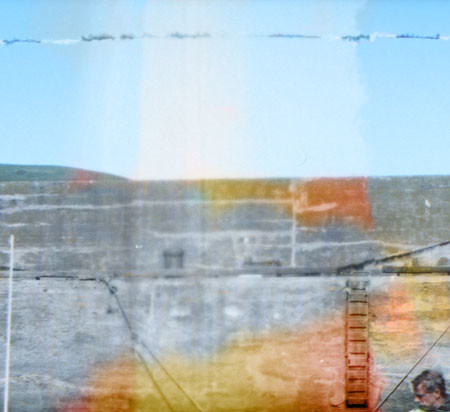 Once the main areas have been balanced back to the tones of the undamaged areas the colour can be added back with the original layer set to “colour”. Surrounding colours can be cloned back in, or sampled and painted back in with a brush set to colour mode.

Once this has been achieved, the soft details need to be addressed with conventional patching and pasting sections over. To give an even tone to rigid inflatable, I had to copy a section from the front and paste and warp and set the layer to darken, to add some shading and detail back in. Once the skirt of the boat was fixed the colours then had to be adjusted with hue saturation and exposure to get the correct glow to match the suns reflection on the bow.
The same technique was used to add details back to the other blurred areas.

Those of you who know photoshop may be asking why there is no full, step by step of this restoration? The reason is that the original file was  10600 pixels wide! And once you get those layers going in Photoshop the file soon crept up to 1000Mb and beyond, so each stage was flattened to keep my processor from going up in smoke!
The final steps were to remove the banding from the dividing lines between all the varying layers of light leak. This was done with a combination of dodge and burn overlay, and cloning areas from other parts of the image to piece it back together. As with any awkward photo restoration, this does take time and is therefore not cheap. 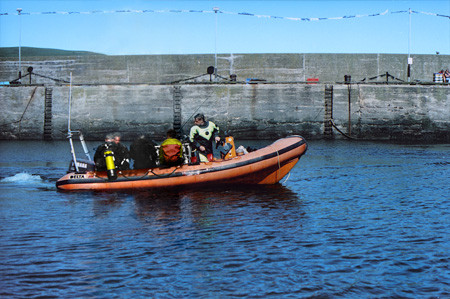