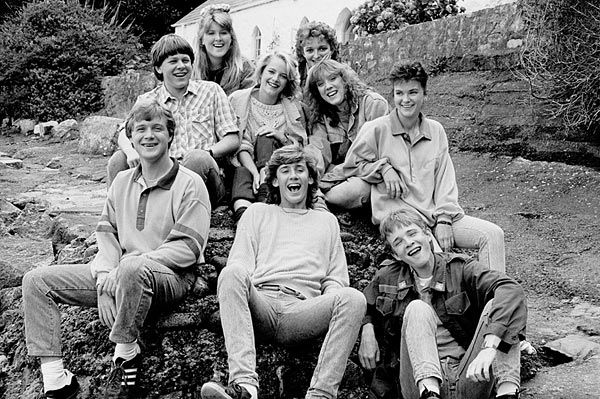 The original cast of Jabas in 1987

Hello all, I have just had an email giving me the go-ahead to post this image that was shown on Welsh TV.

The photo was taken back in 1987 and is of a group of actors who took part in a very popular long-running series called ‘Jabas’. The photo was used as part of the series ‘Lle Aeth Pawb?’ (‘Where Are They Now?’ ) for S4C- which brings back a group of people photographed together at one point of time in the past and reunites them in the very same place years later, telling the stories of  the individuals in the intervening years.

The only photo that the production company had was an old black and white but very good quality and needed it hand colouring. With some reference material, I was able to hand colour it in keeping with the original wardrobe. I added the colour stack so you can see how many layers were used. Some set to “colour” others set to “overlay” “vivid light” , “colour burn”, “softlight” and “multiply” 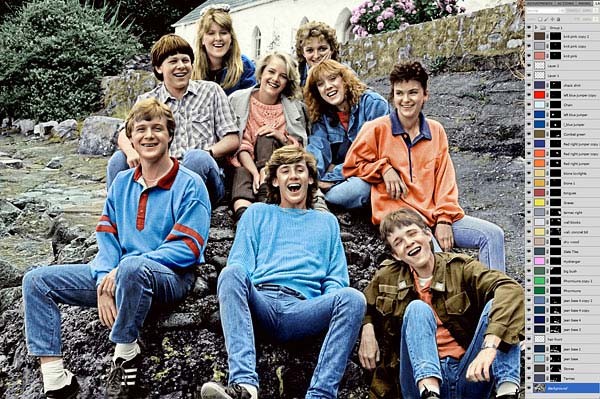 I would like to credit the production company (Cwmni Da), the original photographer (Gerallt Llewelyn) and the production ‘Lle Aeth Pawb?’ which featured the photo.

You can see the image here although I am not sure if the link will remain live for long! 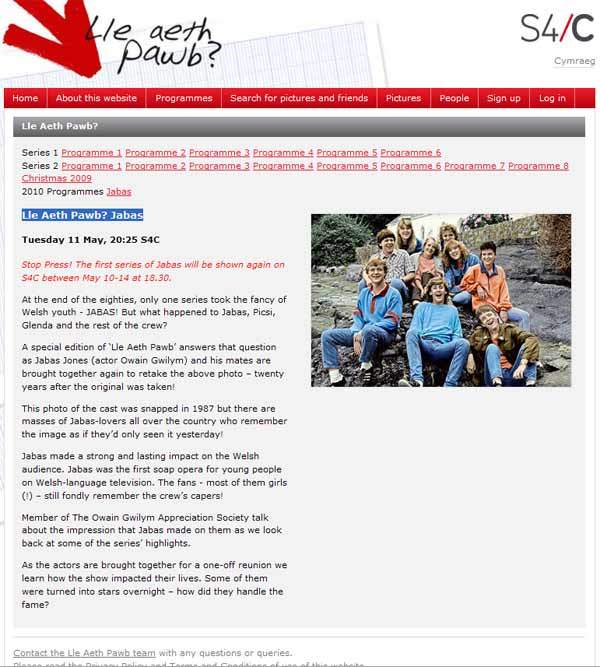 Image-restore on TV who’d have thought!

If have a very special photo that need colourizing vist the main colourizing a black and white photo page for more information on how i can help you.