Images from the old album 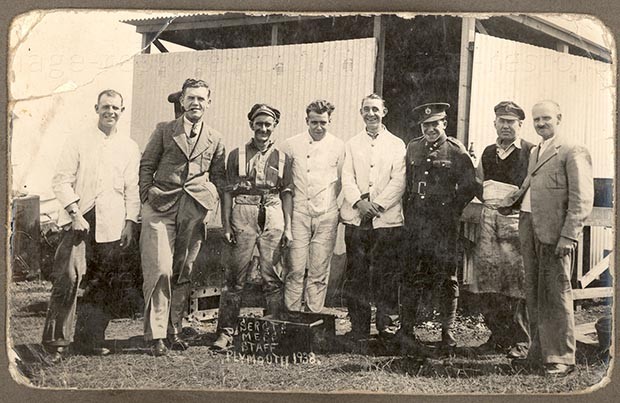 Below are some scans from an old album showing some of the issues that present themselves when restoring old photos. 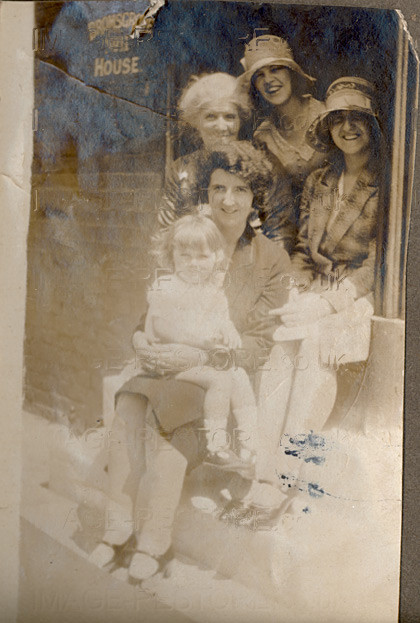 Family portrait in a doorway

“Family in the doorway”, is an example of where the scanning light reflects on the silver within the print and glares back as a bluish tint, upper left. (The silver was used in the chemicals to develop the photos). Isolation of the blue within editing software can go some way to removing the cast and once the foreground is balanced with the background then this could make a nice family photo once again. 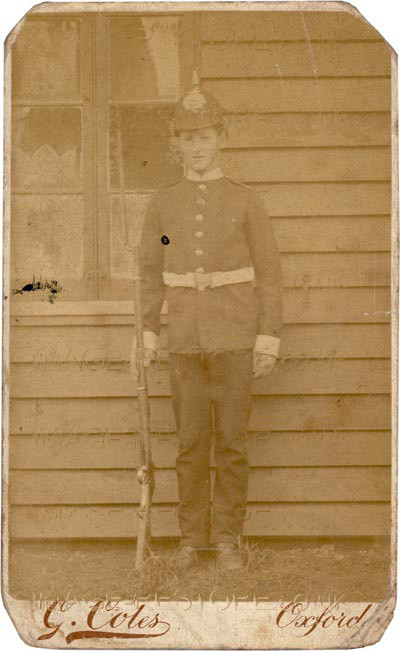 Old photo of a soldier

This example, “Soldier Boy” as I have called him is a sepia-toned postcard style image around 3×2 inches. His gun is as tall as him with the bayonet in place. It may be that this sepia tone has come from ageing many years in a frame by a window, the sun’s rays causing damage over time. It may be that it was tinted sepia or it could be that heavy tobacco smoke helped with discolouration. I would approach this image by improving its contrast and tone, removing dust and dirt and trimming its edges. A nice touch would be to isolate the text and re-assemble the whole thing into a “new” postcard. 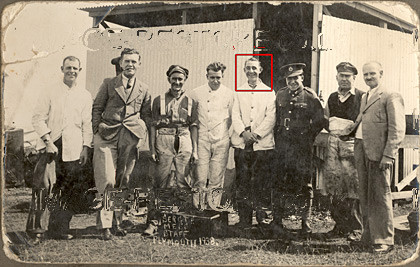 The image I really marvel at is this one titled “Sergeants Mess staff Plymouth 1938”. It measures around 5 x 2.5 inches This is an excellent example of the clarity of the old format negatives. These postcards were sometimes printed directly from the negative by contact printing. Simply laying the negative on the photographic paper and exposing to light. This meant that the resulting image was an exact copy of the negative and the details from this type of print was astonishing. Depending on the camera the film may have been projected onto the paper but even then enlargements were fairly small. Materials were still relatively expensive so large prints were not always an option. In the case of this image, the detail is still excellent even in such a small size image.

I have taken a small portion from the larger scan to show just how detailed they can be. You can see how bad these chaps teeth were, which is a testament to the quality and methods used by some of the photographers back in the 1930s.

Photos such as this can produce huge enlargements and a satisfying restoration normally results. These are my favourite kind of restorations and the more I look into them the more details I see. I restored an old naval photo of the 80 odd strong crew on board the ship Nasturtium and it wasn’t until the image was scanned in and cleaned up did I notice the ships mascot, a dog in the arm of one of the crew.

Carrying out photo repairs throughout the UK