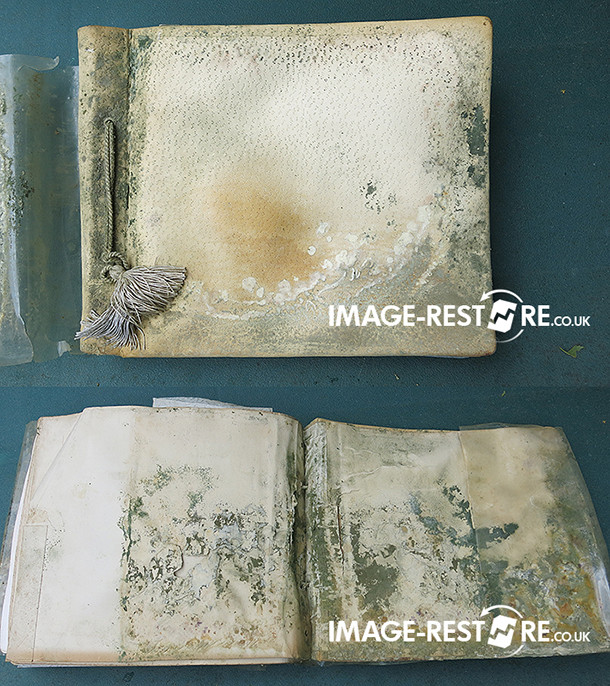 I got a call from a client who wanted their mouldy wedding photos restored. I didn’t know they were mouldy but only “water damaged”. When the UPS box arrived I opened it up and unpacked the album to a cloud of green mould. No joke! I rushed outside and took a moment to consider the project.

The above confronted me as I opened the book. Thick green mould. Fortunately, it was dry mould and with a soft brush, the mould could be removed from the photos within.

The Album contained 19 photos. After cleaning with a soft brush I dug out an older scanner (slow but excellent) and scanned them. I used an older scanner as there may have been some spores still present and they do get sucked into and attracted to the internal parts.

These images were going to be a challenge. I knew that the more images I restored, the more pieces of bodies and textures and components I could use again to help restore some of the other photos. Taking around 3 to 4 hours each I managed to block in some days to get them done. I used all the restoration tricks I had. Lots of grain and texture matching. This is painting over areas with a brush in the correct tones and then blending them into the image with grain and subtle blurring. Dodge and burning to further enhance the shape and form of objects and clothing.

Some surfaces were created completely from scratch like the wardrobe below. 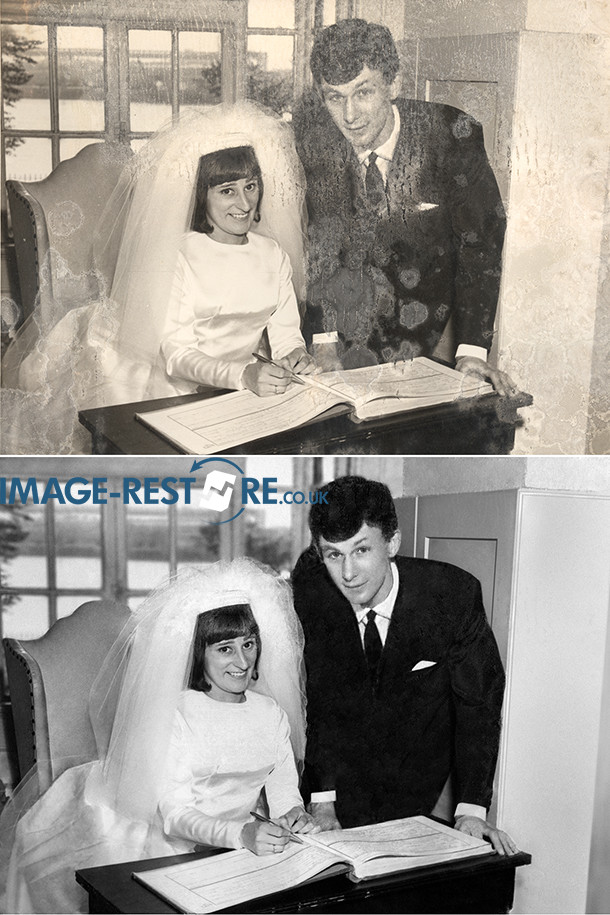 The wedding dress needed details such as white lines drawing in, to re-highlight the creases and folds in the veil material. 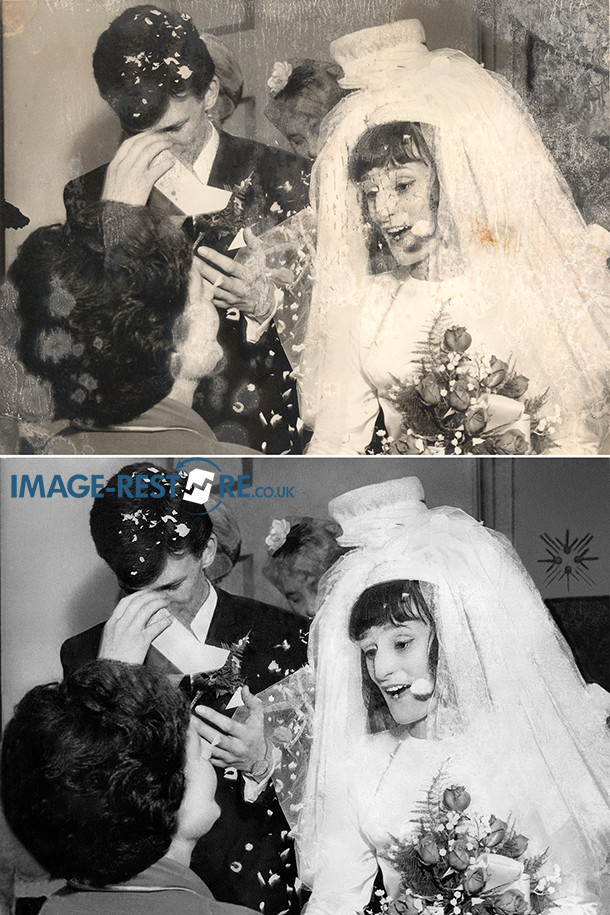 Suit details are tricky to replicate especially whilst trying to avoid a solid black. 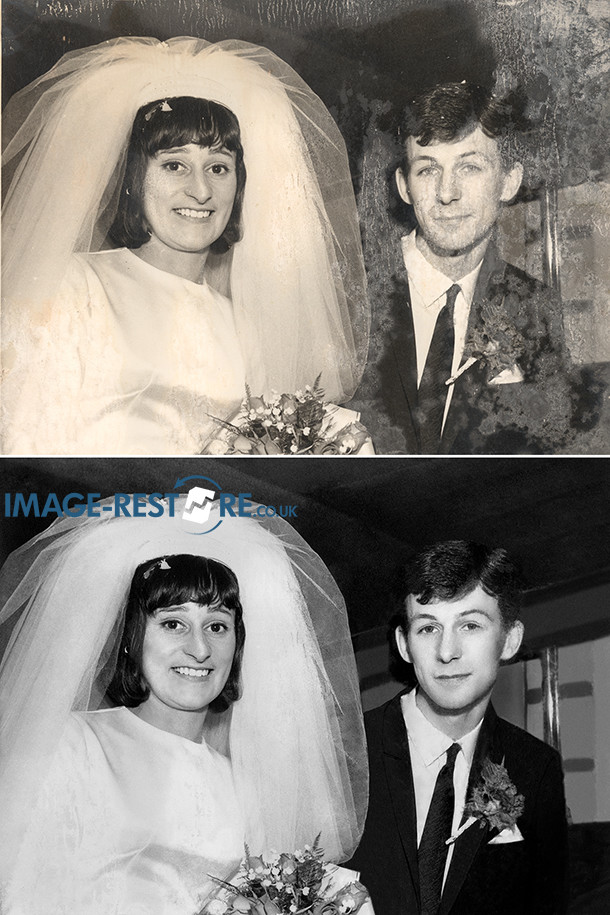 Faces are the first point the eye looks at in a photo. Spending more time on these ensures they look natural.

This was not a cheap project and would not be within everyone’s budget. So much is possible if unhindered by time and budget constraints.

I hope you like the restorations in this post or if you require my photo restoration services get in touch!.