Photo repair and restoration with a bit of imagination. 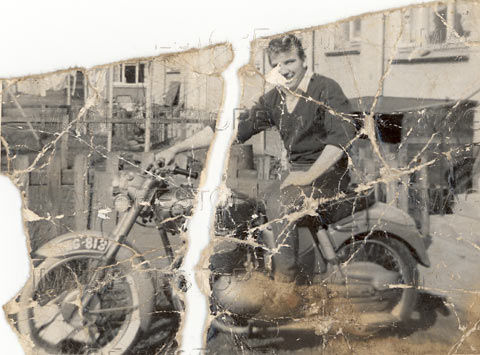 Below I have included a couple of examples that illustrate what many of my previous posts have talked about. Many of these techniques described have been used in these two restorations

In the first example which I have called “motorbike mess” a large chunk of the image is missing and it has very large tears and creases and cracks. Most of the superficial cracks could be patched away sampling from suitable nearby areas or textures that matched the missing details. The largest crack through the middle needed a little more attention. This is where the sliding block puzzle technique, of cutting pieces using the correct selection technique and pasting and repositioning, slowly piecing together the missing details. The clone tool can come in handy here too.

I had to recreate the engine mountings and not knowing the exact model of the bike and having no photo records, I had to use some imagination. Internet references were found and I could get some idea. The huge chunk missing in the top corner and windows down the top right were added using vanishing point, followed by patch and clone. It took around 5 hours mind you and turned into very much a personal challenge.

Before I started the creases and tears and missing pieces seemed like a daunting task. 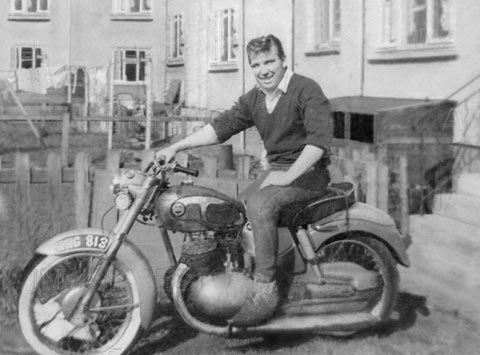 After. Like any restoration, I can go on forever, but I had to stop somewhere.

The second restoration consisted of 3 separate photos to make into one. Almost half the photo was missing but fortunately, the customer had other wedding photos on that day, which supplied a reference for the coat and the hair and missing chin and background. With the correct selection technique and a fair bit of dodging and burning on separate layers, the image was back together and a very good repair was achieved.

Before, showing the 3 photos used to complete the photo repair.

One the restoration was complete at a later date I decided to hand colour the image. 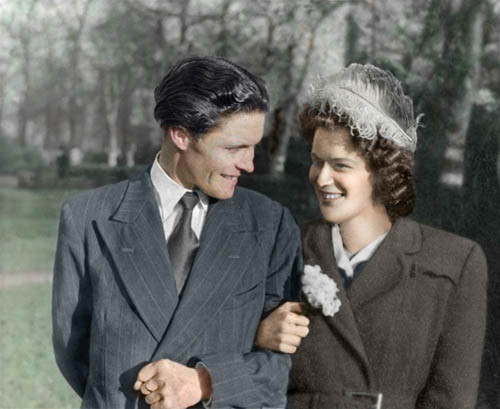 This is just a summary of the photo repair techniques involved but if you go back through the posts you will find many of them described in more detail. If trawling through the blog posts to learn how to restore photos yourself is too much hassle, stop by the main photo restoration page to see how I can you instead!