Photo restoration of a shredded photo 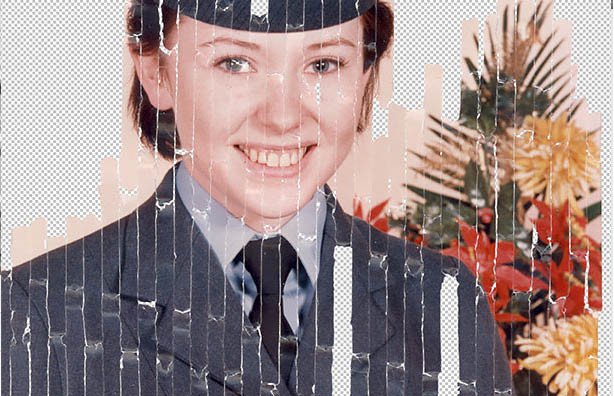 Photo restoration of a shredded photo? Even worse a cross-cut shredded photo, where each shred has been cross cut, is that really possible I asked myself?…

I was approached by a client of mine who had a beautiful photo of her taken at the time she moved out of her basic training in the RAF in the ’80s. The photo met with a fate worse than anyone could have imagined, the shredder. Not an ordinary shredder but a cross-cut shredder, one which shredded sideways as well as long. As you can imagine she was devastated. Her husband who did the deed was not in the best of moods either.

“Can you fix it? Please!” I hoped I could help. The client tried to contact the photographer but the photographer has passed away and at some point, the archive of photos and negatives had been destroyed leaving nothing but a pile of shreds. After many hours of searching in the shredder and painstakingly piecing together the sliced and diced image, this arrived in the post. 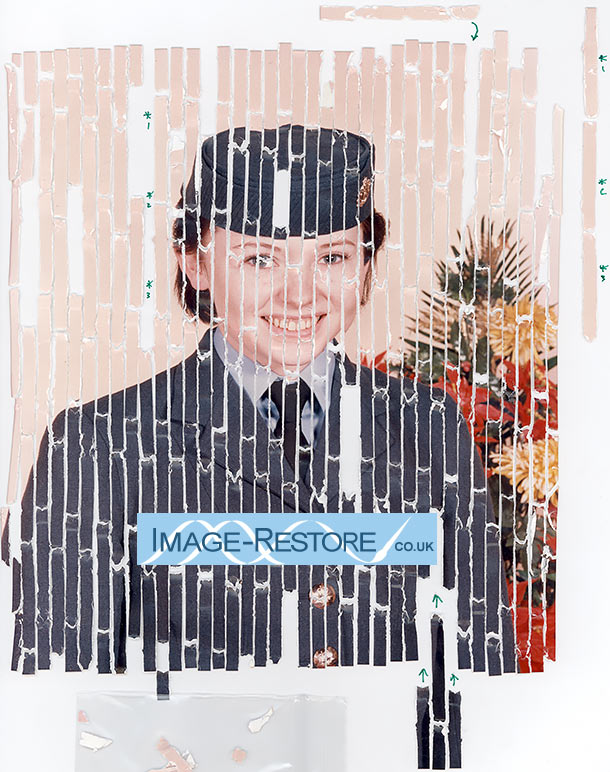 An amazing job in itself! After checking over every single piece and putting each one on a new layer I discovered the image had gone through the shredder at a slight angle and all the pieces were correctly placed except one! the client had done a great job of piecing it back together. There were a few small missing pieces but nothing of significance that would cause a problem. One or two in the jacket and some in the background.

I ended up with over 200 layers. Over the next few days each layer was manipulated and rotated and aligned and in some cases warped and stretched as the shredder had compressed some and bent others. Nudging each layer around with the arrow keys and the “nudge” set to the smallest amount I was able to fine-tune the image. 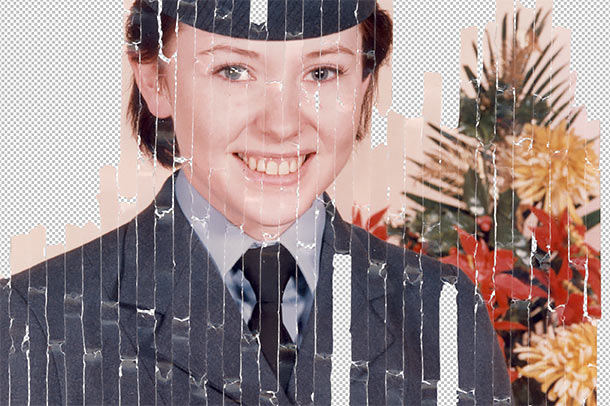 This process went on until I had all the pieces in place and aligned. The next step was to paint similar colours behind the cracks to help the patching process. I used the dropper tool to select a similar blue to the jacket and painted on a separate layer behind the cracks. Repeating this with the shirt and flowers and skin and background. I soon had a solid colour filling all the miss matched cracks. By providing the correct tones and hues as near as possible to the missing sections the “Patch tool” would find it easier and neater to “content aware fill”. This made it easy to fill the missing spaces between the aligned shreds.

The patching and healing brush tools were used extensively for this restore. As I’d prepped the cracks ready for patching it was just a case of carefully selecting matching areas and patching the weave of the jacket. I Went on to match the hat and skin tones and meticulously working through the image to fill in the missing pieces. This took just as long if not longer than aligning all the shred on layers.

After the patching, I needed to use dodge and burn to even out any lines left over from the patching. Often when patching an image you will get some telltale signs of darker shades or lighter shades where the fill has not quite matched and left a shadow. If you don’t correct these the image looks restored and unfinished.

The final touch was to deploy some frequency separation techniques to even out any blotches that occurred and to smooth the skin a touch.

I then trimmed to 8×6 proportions, scaled the DPI down ready for printing at 300DPI and sharpened with an 8×6 inch print size in mind. I always sharpen my image for the intended print size. 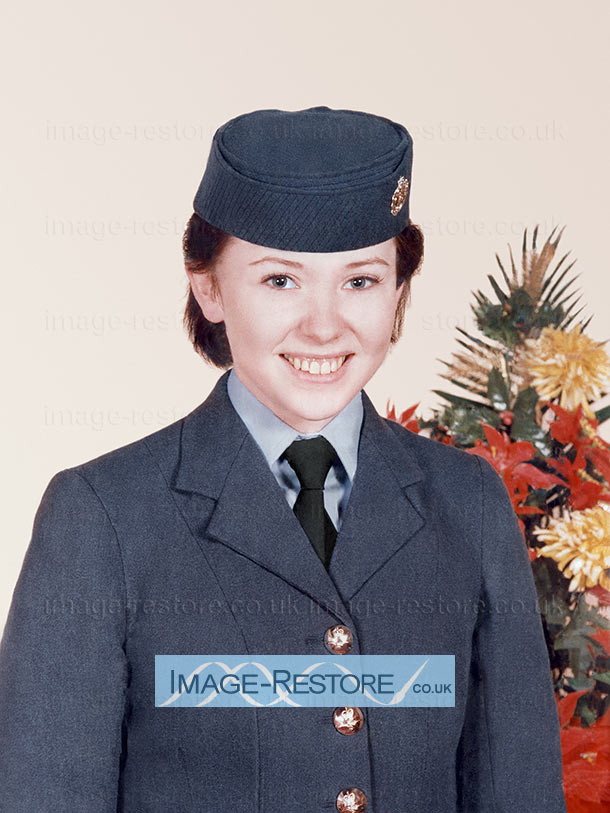 Final shredded photo restored back to its former glory.

This was one of the most challenging restored I’ve completed so far. It is not the most difficult but logistically speaking it took more planning and organisation than I might have imagined.

If your photo finds its way into the shredder you may need my photo restoration service!