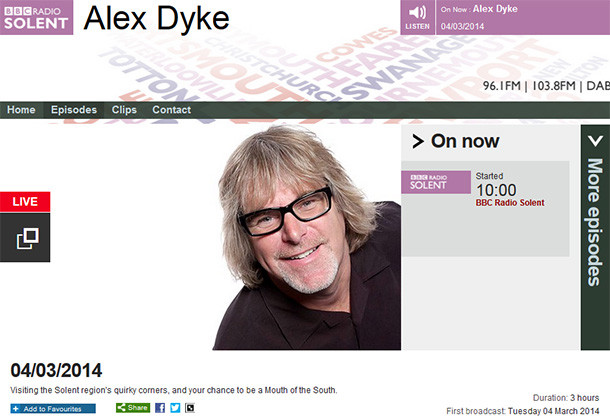 I received a call at 8.45am this morning from BBC Radio Solent inviting me on the Alex Dyke show at 10:10 am talking about flood damage photos and the recent flooding disaster. Obviously, I said yes! Having previously been talking about photo restoration on BBC National Radio on the Mark Wright show I jumped at another chance to share what we can do.

I think it is fair to say at such short notice it is easy to panic but “be yourself”. It should be less nerve-racking than when I was broadcast Nationally last time on evening radio. This time of the morning is in tune with my target audience, or at least I hope so.