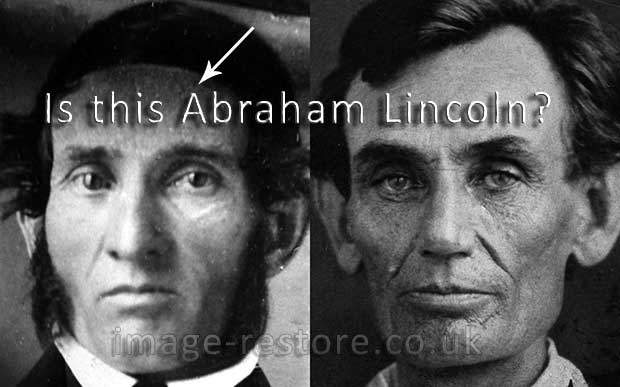 Could this be a new discovery of an original Daguerreotype of the young Abraham Lincoln?

A newly discovered Daguerreotype was found by Justin Whiting of, Norwich Norfolk the United Kingdom, could be a new photographic piece in Abraham Lincoln’s historic life story.

Purchased on Ebay from a power seller of Daguerreotypes Justin was sure it reminded him of someone. He’d been searching for an image like this for some time. In his mind, it could be no one else other than a young Abraham Lincoln!

Was it? Could it be? At a casual glance, there is a good resemblance. 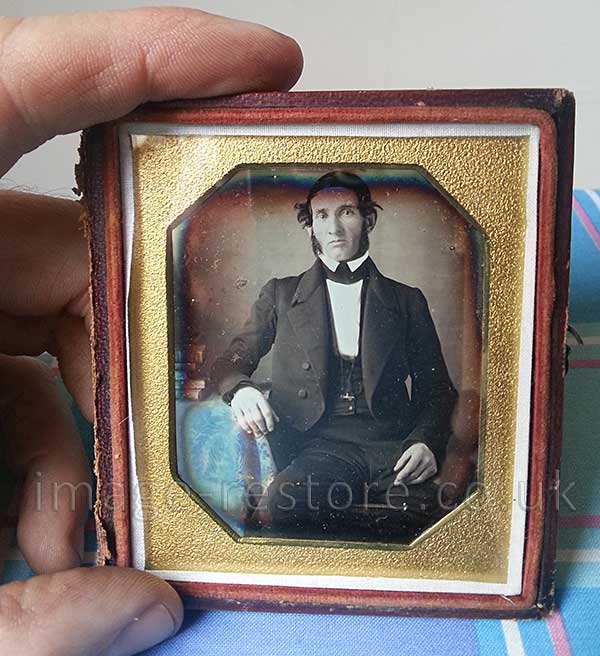 He set about the process verifying the image by asking American museums if they were willing to help identify the man in the image. 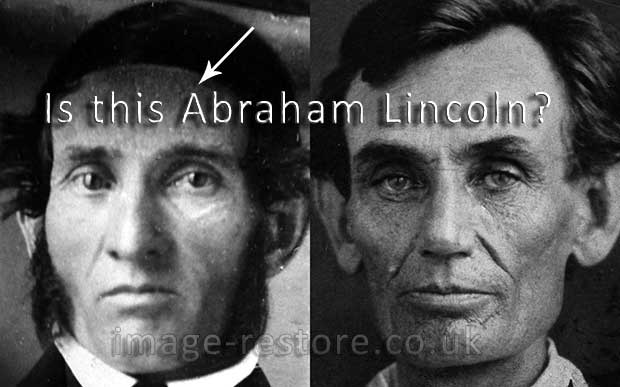 Abraham Lincoln in his late 30’s (left). Could this be a new discovery of an original Daguerreotype of the young Abraham Lincoln?

Images get flipped and the face points in different directions and then get flipped. Why? Because sometimes you see the mirror image of Abe as he was captured on the Daguerreotypes and sometimes these images have been flipped to show the image as it would be if you were looking straight at him. In this case, it is possible that the mole is on the right side of the left face.

The Find: Justin has always had a great interest in finding photographs of famous historical figures from America.  He was taking his daily browse through “carte de visite” or visiting cards on eBay but got distracted by some daguerreotypes. He saw an interesting picture titled “1/6 daguerreotype tinted blue 1840’s”. Justin purchased the item from the e-seller ‘salvatorparadise’,  on 29/06/2011 for about $140.

The Daguerreotype showed an extremely tall man in a fine suit. He did some research and found matching physical details to Abraham Lincoln like the height and body build, the way his eyes sat differently.  In the reference photographs, Justin noticed Abraham Lincoln has some defining features like the large bump on his right cheek, his left eye socket was higher than the right. These all matched, even his nose and lips. Abraham Lincoln had a thin top lip and a fat bottom lip, the same seemed to be the case in the Daguerreotype.

He went on to discover other matching features such as Lincolns very different ears, the left side was slightly higher than the right. He also had other features such as his jaw buckled in, on the low right side and his right eye drifted towards his nose, the condition was called ‘strabismus’. It was these matching features that made him believe he was looking at a Young Abraham Lincoln. The final clue was the suit he was wearing, which was completely in keeping with Lincolns occupation as a Lawyer.

The stormy faced scholar. At the same time, there was an auction going for another daguerreotype by the same seller which he missed but managed to contact the buyer. This second image appears to be a younger Reverend Owen Lovejoy 1840. “’ stormy faced scholar”. He contacted the buyer who was a bit reluctant to sell it as it had been cleaned at a considerable cost. After haggling on the phone Justin managed to obtain the photograph as well. He already knew Owen Lovejoy was a dear friend to Lincoln and that he used to read the bible to Lincoln regularly at his home. The photograph was not in the best of shape even after it was cleaned as the seals are missing. This meant it had oxidised and darkened slowly over time. The facial features are still visible as is the hairline which seems to be a very accurate match to Reverend Owen Lovejoy. The open book in the photo which symbolises the Bible as it an open book. Justin believes he is making a statement that this is his passion, he is a reverend and a preacher of the Bible. 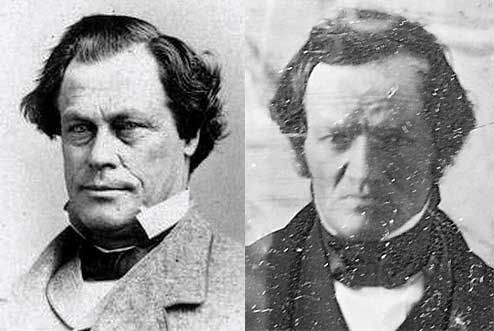 American’s uninterested. After buying both daguerreotypes Justin contacted some museums in America to present his findings. He was excepting some very positive responses. Instead, he was shunned by one museum saying it was not Lincoln and looked nothing like him. They offered no further explanation other than “his hair looks ridiculous”.  He soon realised It was not going to be easy, the American museums were very dismissive, with an attitude of,  here we go another picture claiming to be Lincoln, “we get loads” they said.

Undeterred Justin decided to hunt for someone who can offer a more scientific investigation to match the facial features. The scientific road now appears to be the only answer. He has started proceedings with the facial recognition process. He asked me to help put this blog together to the message out there if anyone can help.

Only a personal opinion – Why I featured this on my blog?
An interesting story to feature. The ear print cannot be denied, they do look very similar! Ears are unique or so The National Training Centre for Scientific Support to Crime Investigation NTCSSCI says .”no two ears are exactly the same”.

Nowhere do I claim this “is” Abe, and I am only reporting the story. Justin was convinced that the image was Abe, he invested much of his time trying to prove it. This story did not end here. Search the web for what happened next and how just a bit of newspaper style reporting can get a little out of hand.