Home » Blog » photo restoration » WW1 a glimpse into the past

WW1 a glimpse into the past 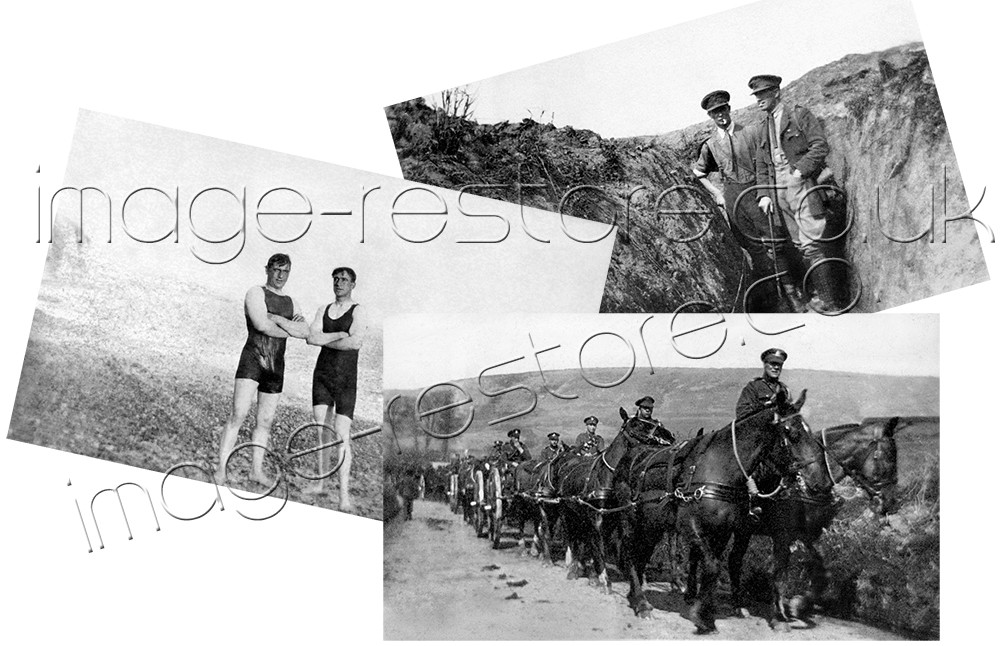 WW1 was a war with many battles over many countries. There are thousands of individual stories to be told. These are just a few images from one man’s story.

Mr Driver served in many campaigns during WW1 and climbed through the Military ranks, we know which campaigns he served in as he inscribed them all on the inside edge of his brass binoculars. The list was impressive to say the least. List follows, Ypes, Cassel, Poperinge, Kemmel Hill, Armentiers, Albert, Bazentin Le Grand, Martinsart, Corbie, Proyaert, Ploesteert Bailleul, Ypres, Fricourt, Mametz Wood, Aveluy Wood, Hamel, Morcourt 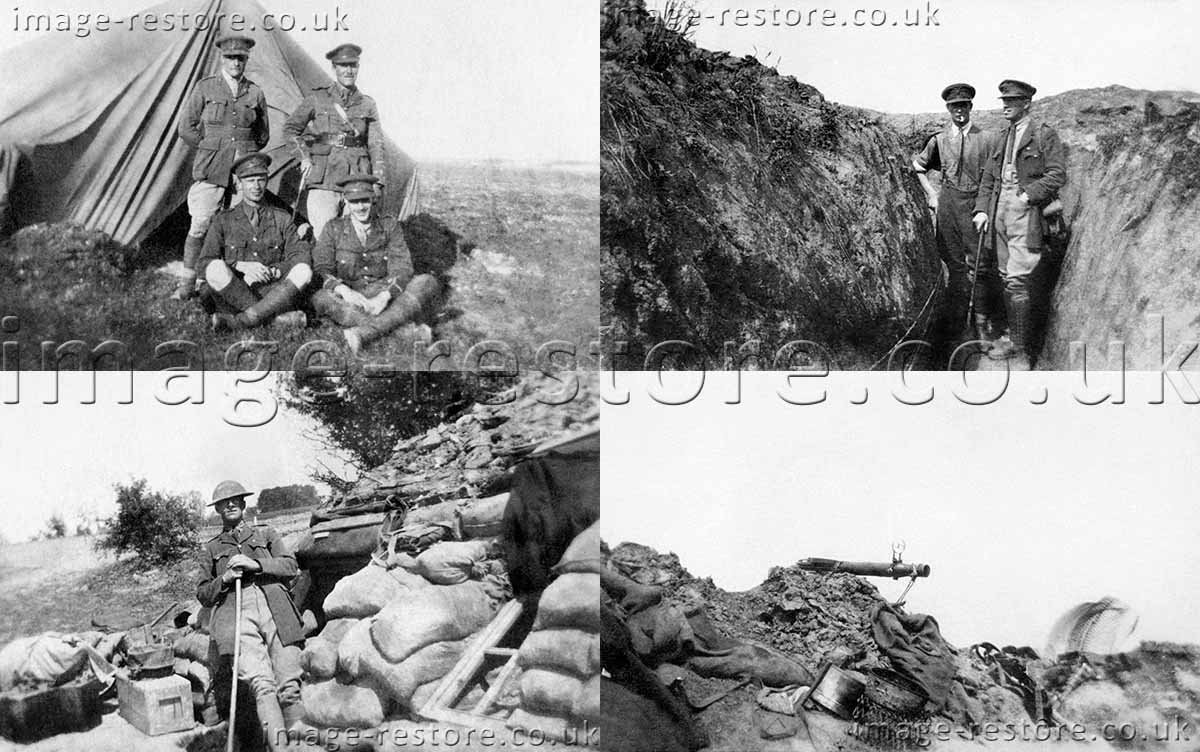 WW1 images from one observer who survived the war

Here are four pictures from his travels

from clockwise:- A Battery 79B DERFA Sub-Atlerns, Lieutenant F Medhurst and Driver in a trench at Martinsat, Baeumont-Hammel, Lewis gun

Moral was very difficult to keep in the trenches, here is a quote from Demon Rum by Wilfrid Laurier

“Lieutenant Lunt of the 4th Battalion remembered doling out rum to his boys and wishing them “best of luck” as he moved down the line before the Battle of Amiens on 8 August 1918. Coming across one green lad, he was shocked to find his teeth chattering so loudly that it sounded like he was breaking his jaw. Lunt plied him with four double rum shots before the shaking stopped. When they finally attacked, Lunt remembered seeing the young lad stumbling forward in a drunken daze before he was shot in the face.”

Below is some gentle reading referencing the places mentioned and another selection of photos.

Martinsart – (source ww1cemeteries.com) was close to the Allied front line until September 1916, and again from March to August 1918. Martinsart British Cemetery was begun at the end of June 1916, when 14 men of the 13th Royal Irish Rifles, killed by a shell, were buried in what is now Plot I, Row A. It was used as a front-line cemetery until October 1916 and again in September 1918, when bodies were brought in from the battlefields for burial by V Corps. After the Armistice, the cemetery was enlarged when more graves were brought in from the area north, east and south of the village.

Beaumont-Hamel – (source Wikipedia) During the First World War, Beaumont-Hamel was very close to the front lines of the and saw heavy combat, especially during the Battle of the Somme which was the largest Allied offensive of the entire war. By 1918 the village was almost totally destroyed.