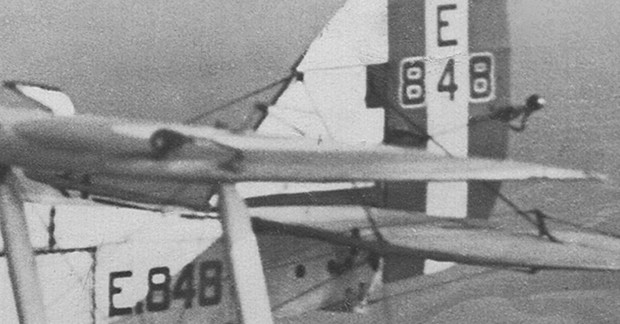 One of my customers reached out to me and wanted a WW1 Biplane Fighter Pilot Restoration of his late grandfather from WW1 .

“I know little about my grandfather and any relatives who might have known something are long gone. One of the men in the picture is my grandfather, who was in the RAF from very early in its existence. Sadly I don’t know much more about it, or him.”

First the restore of the photo and then onto the detective work.

” Photo was torn into four pieces. The restoration was incredible! Hard to believe that it can be done. Neil was very quick in responding, quoting and turning around the job (all done in a few hours!). Not only that but he took a personal interest in the picture and even did some (lengthy!)investigative work to find out more about the subject! His investigating led to me finding out things about my grandfather (the subject of the photo) that I didn’t know! ” – Tim Farenden

I jumped on twitter to ask @hewasahero who immediately re-tweeted to  @ypreswoman and @stockotrader who got busy with identification and detection. The collective came up with the name and make of the aircraft and possibly the squadron. The aircraft has been identified as an AIRCO DE HAVILLAND 9A.

“The Aircraft Manufacturing Company’s DH 9A, otherwise known as the “Ninak”, was a First World War development of the less than successful DH9 bomber.  The prototype, using a Rolls Royce Eagle engine, flew in March 1918 with the first production machine powered by the new 400 hp American Liberty engine quickly following on 18th April.  The DH9A entered RAF service with No 110 Squadron in July 1918 and, after the unit’s move to France at the end of August, was employed in the strategic bombing role.  A further 3 squadrons were equipped with the aircraft on the Western Front before the end of hostilities.

The DH9A was armed with a forward firing .303in Vickers machine gun and either one or two .303in Lewis guns mounted in the rear cockpit; it was capable of carrying a bomb load of up to 740 lb mounted on under-wing and fuselage racks.  The aircraft soon earned an enviable reputation for reliability and was popular with both pilots and gunner/observers.

After the war, the DH9A continued in service as the RAF’s standard light bomber and eventually equipped no fewer than 31 squadrons at home and abroad.  Its first post-war operations were in brief support of the “White Army” in the Russian Civil War until September 1919.  Thereafter the aircraft was deployed primarily in a colonial policing role being extensively used in the Middle East and on the North West frontier of India.  It continued in regular service until 1931, and was the first machine to equip the Auxiliary Air Force.”

Detail of tail of WW biplane AIRCO DE HAVILLAND 9A

Photos revealed that our image E848 could well be part of RAF Squadron 27.

Now it was just a case of trying to find more details of the pilot himself.

He also has a medal that his Grandfather was awarded, an Iraq Active Services Medal. A medal for general service in Iraq 1924 – 1938 and appeared to have served in the Long Range Desert Group in WW2! 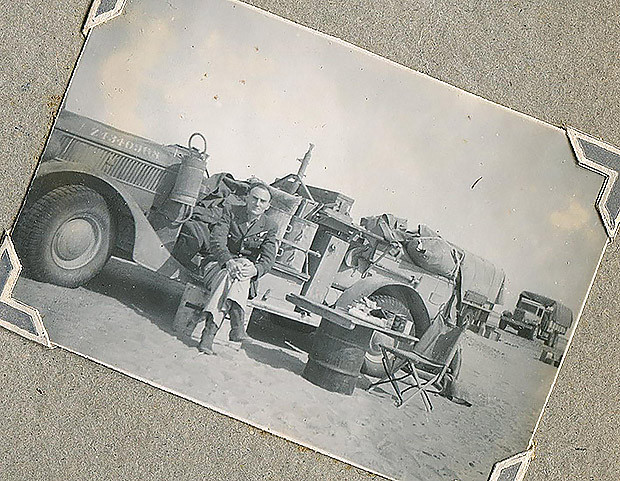 Lots of facts but no concrete proof which squadron he was in. We don’t know if he was a flying ace or what further details can be uncovered? Hopefully, this will be an expanding blog post as more details get added. If there are any clever folk out there who can easily use the details to reveal more, please get in touch. If you want me to restore your photos check out my photo restoration services page.